“Explain it to me; in those moments, that feeling, what is it? Is it more physical or mental?” he asked over dinner one night. “I’ve never experienced anxiety, it doesn’t make any sense to me.”

This was my best friend I was talking to- if he didn’t get it, get me after all that I’ve allowed him to be privy to, than surely nobody else ever would.

“It’s both,” I replied. “Like somehow my brain might implode and explode at the same time. Like I’m about to climb the bare walls. Like I need to sprint seven miles without stopping in an attempt to exorcise what feels akin to poison in my veins- running through me, making it impossible to sit still…and yet I find myself unable to get out of bed because the tightening in my chest, coupled with nausea and fear are so bad I can’t move. It feels like I am crazy and will never recover.”

Five years later and the day still remains crystal clear; I was sitting in a pew three rows from the front as the pastor in front of me was speaking about a paralytic man in John chapter 5. The man had been sick for 38 years and had devoted his life to lying by a pool in attempt to win perhaps the strangest competition I’ve ever heard of, in an effort to be healed. (Seriously, if you don’t know this story- look it up, it’s wild.) Jesus came to the pool and saw the man, and going before him he asked if he wanted to get well. When the sick man replied, “Umm yeah, duh” Jesus told him to pick up his mat and walk- the man was healed.

“Do you want to get well?!” the pastor shouted at the congregation. “DO YOU WANT TO BE HEALED?!” he screamed again as tears poured down my face. “Then just ask! Have faith!”

I wanted to stand up and scream “Bullshit!” For years I hadn’t just been asking- I’d been b-e-g-g-i-n-g, pleading with God to fix my mind and body that felt so fragile, constantly on the verge of breaking and He hadn’t.

What else was I supposed to do? Where does his message leave a person like me?

If I’ve asked God to free me of this and He still hasn’t, then what?

“Do you think it will ever get better?” he asked. “Like, do you think you can be healed of this?”

“I mean, I want to say yes. I want to believe God can fix me, in fact, I do believe He can fix me- but I don’t know if I believe He ever will…and it’s hard to make sense of that. It’s hard to trust a God like that- one that makes so little sense. Why wouldn’t He want me to be better?”

It’s been several years since that day in church. Years that have been tethered to doubt, loss of faith and regaining it again. I believe God is good- but I don’t really have many more answers today than I did back then as to why and how He heals. I’d be remiss if I said I didn’t see God in the throes of my anxiety, but that doesn’t mean I get it…I guess it just means I can keep going, even when it’s the worst, I can press on even when I feel frail.

And perhaps the craziest part is, I think He is answering my prayer- not in the way I’d prefer. I wish He’d come alongside me, gently grab my hand and tell me to “take up my mat and walk,” but I’m becoming more and more convinced that while God can and does heal in that way, He also often chooses to heal quietly and gently over time. God seems partial to healing me and teaching me by way of the process over by way of the thunderous lightening and instantaneous miracles I’d prefer.

Today I can tell you that while I am nowhere near “healed” I am better than I was- if for no other reason simply because I know myself more. These days I’m better able to identify my triggers and how to stave off anxiety through what I call salt-therapy; tears, sweat and splashing in the ocean. Does that look like the great grand miracle I hoped for and that pastor told me I’d find if I just had a littttle more faith? No, but I’ve learning to accept God’s ways over my own, even when they hurt and cause confusion. (And they often do.)

I’m learning to lean into hope a little more, trusting that God’s not a liar- that He started this and He will finish it, when and how He deems fit and perhaps for the first time in my life, I can accept that. I choose to trust His crazy, often frustrating process because I believe that He is good and far wiser than I.

I’d be lying if I said I don’t still long for the simplicity of jumping in the pool and being instantly better, but I am learning that for now jumping in the ocean will just have to do.

5 thoughts on “Do You Want to Get Well?” 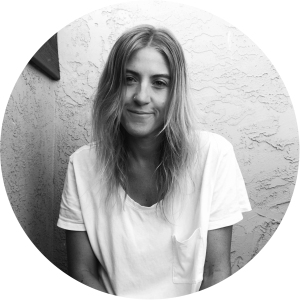